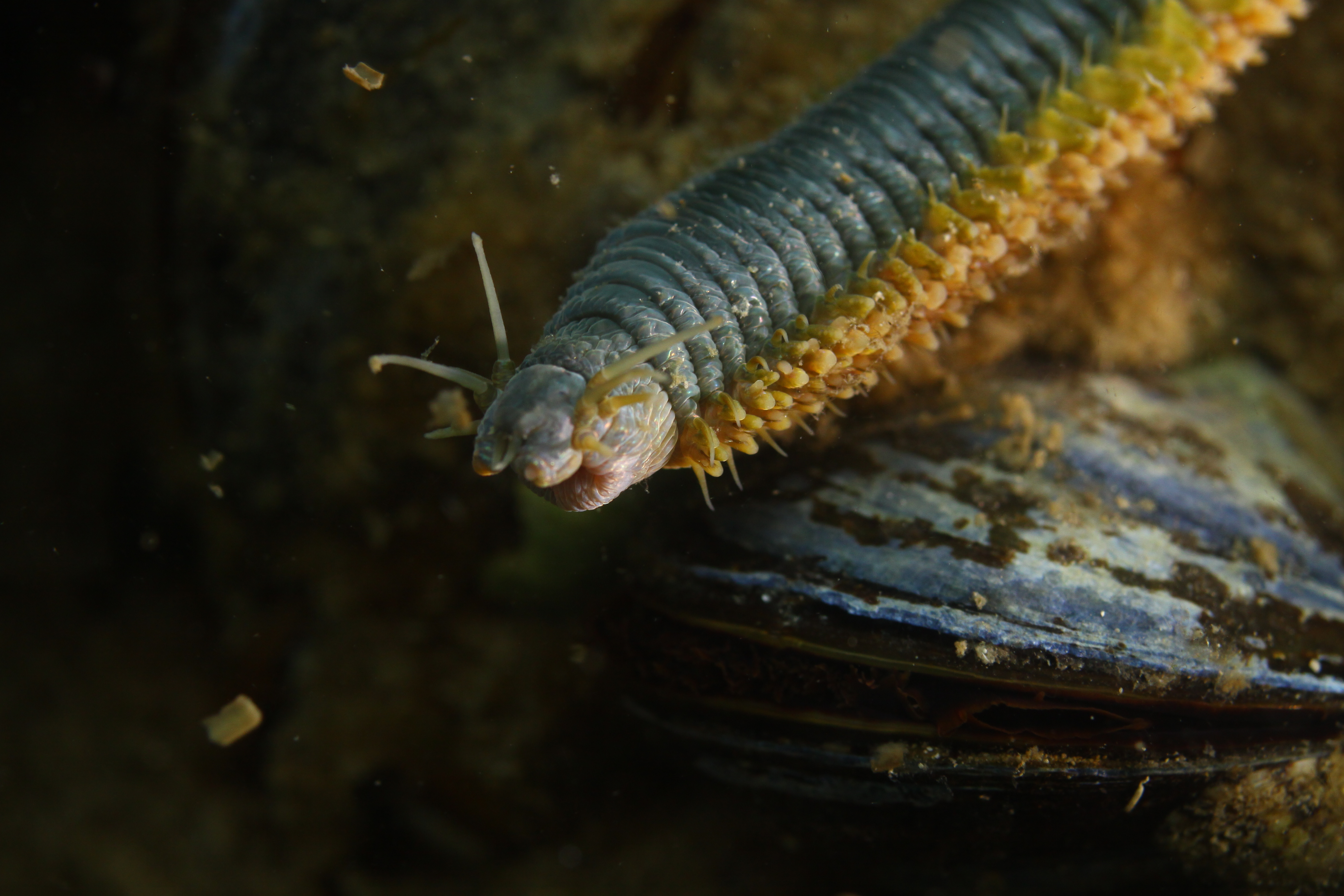 Many phyla of worms are found in the sea, this body structure seems to be very successful. However, many of the species are quite small and inconspicious. The segmented worms (Annelida) are often large and conspicuous. Segmentented worms can be further split into 4 main groups; leeches (hirudinea), which are rare in the ocean, earthworms (oligochaeta), which are in fact common in the sea but the marine species are all small and inconspicuous, spoon worms (echiura), that can get quite large, but are rare in shallow waters and bristle worms (polychaeta).

Now ... bristle worms are common everywhere in the ocean and many are large and conspicuous. If you find a worm in the ocean it is most likely a bristle worm. All of them have appendages (called parapodia) with bristles on them. The shape and size of these appendages as well as the presence and structure of the bristles are used to identify different species.

There is great variety in the appearance of different species of bristle worms. Many have very small appendages and bristles so they resemble earthworms, while others do not look like worms at all. The feeding habits are also diverse: there are filter feeders, detritus feeders, scavengers and carnivores. Bristle worms are in turn important food for many fish species—especially haddock and flatfishes—as well as wading birds on the seashore.

Many benthic species of bristle worms are found in Icelandic waters and a few species are even planktonic. Most species are what we call infauna. That is, they live in burrows in the mud and are therefore rarely seen. Some make their own tubes of sand, mud, or detritus that sometimes stand up from the bottom. 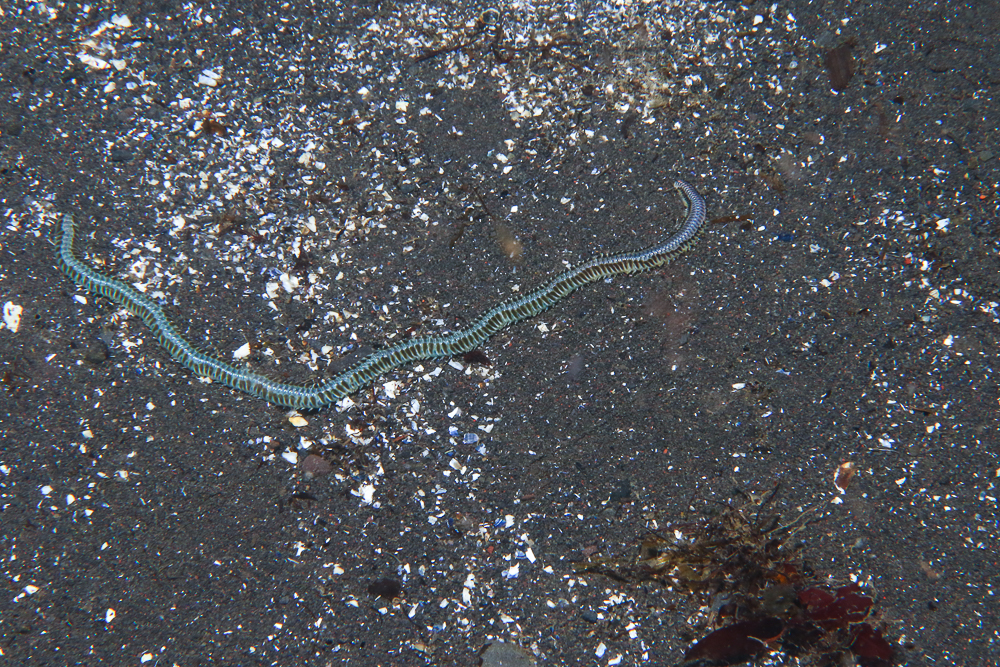 Errantia bristle worms are the mobile worms. They do not build tubes. Sometimes they bury themselves in the sediment but do not make permanent burrows. They are often colourful with large appendages and bristles. The most conspicuous of these are the ragworms (nereididae). The common ragworm (Hediste diversicolor) is common in brackish waters close to the mouth of the rivers in Northern Iceland. It burrows into the sediment to hide but crawls around to look for food. The largest of the ragworms is the king ragworm (Alitta virens). It can grow up to 90 cm long (36"). It has recently been found in Eyjafjörður.

On mud-bottom, below the shoreline, large catworms (Nepthys spp.) are quite common. Scale worms (Polynoidae) do not burrow into the sediment at all and are in fact most common on hard surfaces unlike most other worms. Like their name implies they are covered by scales along their entire back for protection.