The brown algae (phaeophyta) are the largest and most conspicuous marine algae. Almost all the large algae species found on the seashore and in shallow waters are brown algae, usually referred to as kelp.

Brown algae are almost exclusively found in the ocean. Their construction can be complex compared to other algae. They can have blades of various shapes and sizes, the blades are attached on stipes that can be branched. Sometimes the blades can have air filled bladders, which keep the kelp upright. A holdfast fastens the bottom of the stipe to a hard substrate, such as the seafloor or any other hard object. Although the holdfast look like the multipurpose roots of plants the only purpose of the holdfast is to attach the kelp to the seafloor.

The dominant algae or seaweed species on the northern Icelandic seashore are knotted wrack (Ascophyllum nodosum) and several species of the genus Fucus. Below the seashore, much larger species dominate the kelp forests. 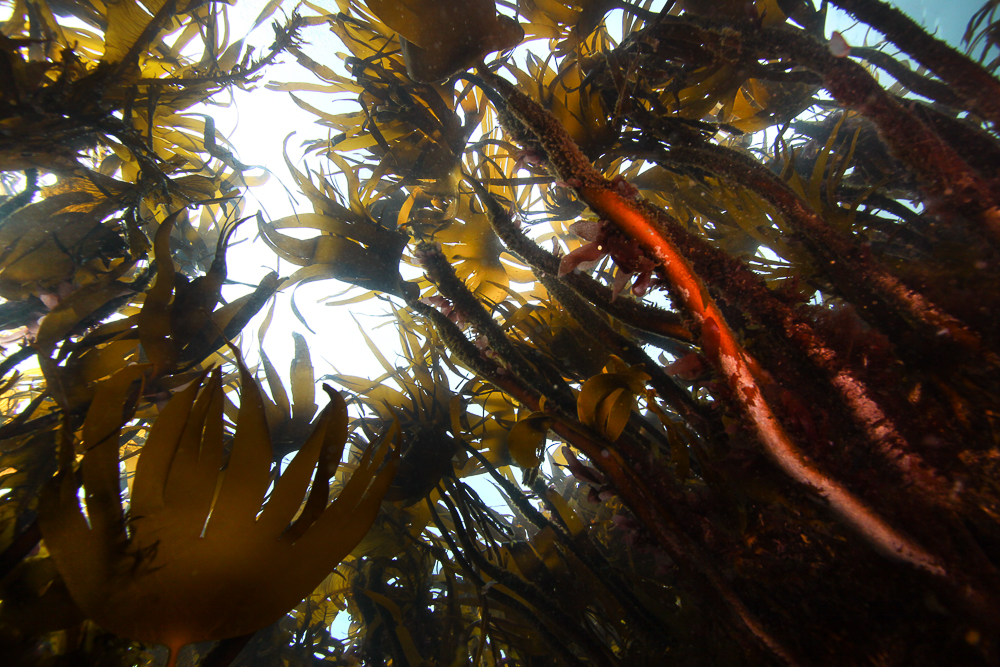 These kelp grow to form large forests. In Iceland, these forests can be a few meters high and they support a rich animal community by providing shelter for young and small animals as well as being a food source for a large number of invertebrates. Furthermore, many filter-feeding animals attach themselves to the strong kelp plants, gaining the opportunity of feeding higher off the bottom where currents are stronger and food is more available.

The largest kelp species in the world is the giant kelp (Macrocystis pyrifera) in the Pacific. It can grow to 100 m from holdfast to tip and up to 50 cm per day, which is the fastest known growth rate.

The expanse of these forests is often limited by the presence of sea urchins, especially the green sea urchin. As is evident in the photo to the left from Eyjafjörður, the chewing armies of urchins eat the kelp right down to the very surface of the rock. 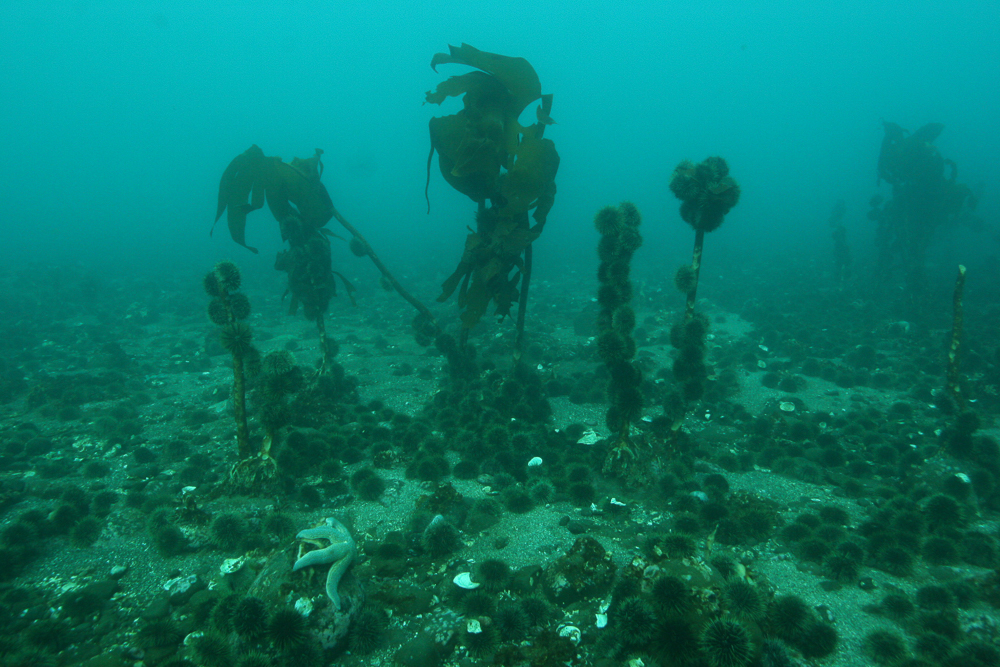 Where urchins teem, no kelp forest is safe. Fortunately, urchins eat slowly and their advance leaves bare rock for new growth of more kelp. Then, the urchins will move back the way they came. If the sea is kept healthy—especially, the populations of the urchins' predators—the cycle will continue to play out.