The wolffishes (often called ocean catfishes in much of Europe) are rather unique among bony fishes for their adaptation of thick powerful jaws and teeth for pulverizing shellfish.

The teeth in the front of the jaws are long, heavy and spike-like. Those farther back are rounded and very thick. There are three species of this family in Icelandic waters: the Atlantic (Anarhichas lupus), the spotted (Anarhichas minor), and the northern wollffishes (Anarhichas denticulatus).

Atlantic wolffish spawning grounds are located off the west and northwest coast. The fish is a brooding parent that collects its eggs together in a ball and lies on the bottom curled around them to protect them.

The other two wolffish species are also occasional visitors to the fjords of the north coast. Both of these are cold-water species so they are more common on the north and east coasts than in the south and west. But both of them prefer deeper water, though so they only rarely come into the fjords.

The Atlantic wolffish fishery in Iceland is significant, with 10-15 thousand tonnes landed each year. But, the species is not common enough on the north coast to support a direct fishery, so it is mostly bycatch in other fisheries.

About one thousand tonnes of spotted wolffish are landed each year and the species is considered a good food fish. On the other hand, the northern wolffish is considered a poor food fish and there is not much market for it. 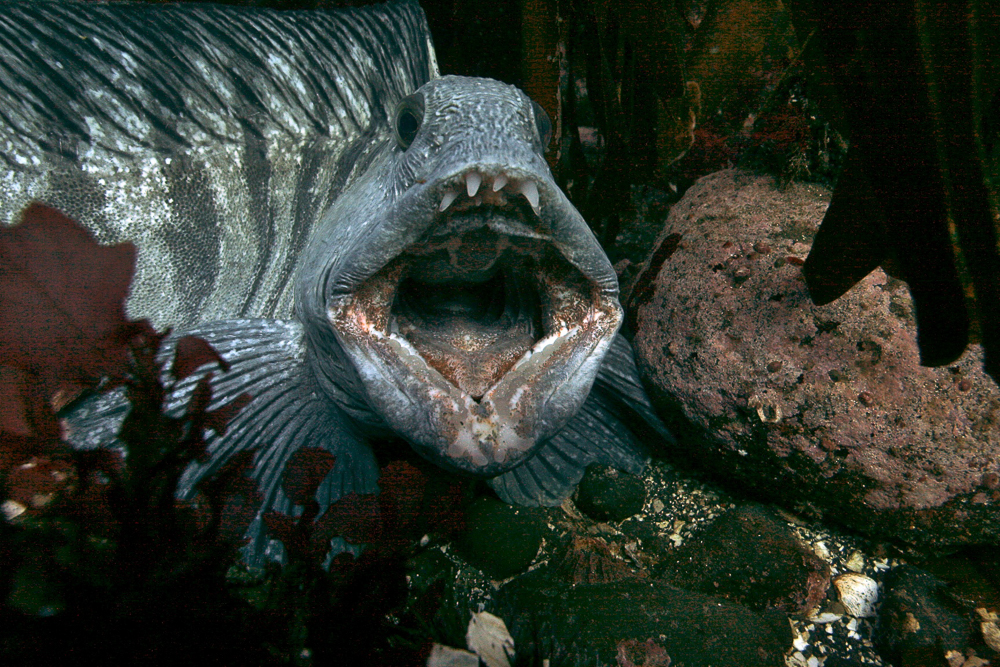